So caught up in the ordinary of living, I’d forgotten about the dead, and him, and the news I’d received four months ago.

A friend, a good uni mate, had gone – a few years ago now. Hadn’t spoken for over a decade but what’s linear time anyway when someone dies?

I meant to write about it then but he felt too close, a ghost walking beside me. After the news came the tears and the shock, and the memories as bright as sharpened knives. Really? He was gone? Really? People that age don’t go. Really? What had it been? Cocaine? A heart attack? Cancer? I hadn’t a clue. Word says he dropped, stopped still in his back garden, and time’s elastic wound around the heavens without him.

He was the only train on the track, the car that undertook, the first footprint on the moon. He shone. He made everyone else shine too. Oh, but he could be a bugger though, a very funny one, a womanising, winking one. A cheeky Yorkshire chappie, the mate you loved dearly but knew not to kiss (wished I’d followed my own advice).

He called me Spagsa, why I will never know, but we laughed and took the piss, drank and took drugs, danced till peach dawn in clubs and warehouses and a strange, shrivelled field on the outskirts of Paris.

Death polishes the past, adds a quiet sheen to memory, sometimes illuminating the darker corners. There were the difficult feelings, a lack of closure, smoking annoyance from the last time we spoke. He was loyal but his loyalty was self-serving, and that’s all I can say about that I guess.

I heard he had a kid, I hope he had a good relationship with that kid, and I hope he wasn’t in a bad place when he died. We were kindred spirits in some ways. He took me to visit his grandma once, an old thing with a fuzzy cumulus of white hair. He loved her, she was special to him, and witnessing their ease made me feel special too.

I can still hear his voice, the way he talked with his mouth rammed full of kebab.

He didn’t half grab life by its ears.

I miss you Jonny, I really do. I found out too late, would have given anything to have been at your funeral – heard it was a belter though. I loved you, I still do, you were so important to me, life so much more vivid with you in it, and a rollercoaster – the Jonny train.

When I think of my twenties, you were at the beating heart of it…..

You crazy spinning-top of a boy: Dean Moriarty playing in your soul.

I can’t believe I will never see you again.

You were my friend.

You were my friend…. 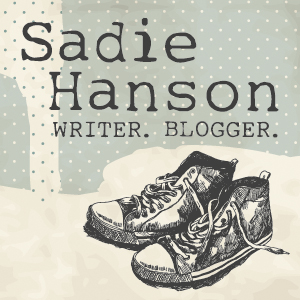