So I thought it high time I released some of the first draft.

But before I crack on, what do you think of the new theme?

Personally, I love it.

So onto a small clip from Four Gigs…..

“Oi Mess, get out of bed,” I hadn’t seen Katrin enter the room, she’s wrapped loosely in a maroon towel charming the steam from the bathroom. I place the diary back on the bedside table.

“Kat please don’t call me that, you know it grates on me.”

“Sorry, I was just deafening the ringing.” I tug on my right earlobe for added emphasis.

“That DJ was a total numpty-”

“-Killed his career you did.”

Katrin climbs on the bed, positioning herself in a top and tail. She reclines on her left arm, resting her feet on the plumped empty pillow next to mine. The maroon towel slips freely revealing a raspberry-fresh nipple. She doesn’t bother covering up, not a single drop of physical reserve. Like autumn fall, the towel unpeels by degrees from the rest of her body. Katrin has this way of walking though my invisible wall, no knock, no key required; she simply invites herself in. And I feel kind of strange, almost aroused by the partial sight of her sallow skinned breasts and the prickly re-growth from a Brazilian. I pretend not to mind. But awkwardness shames me – I could never be this bold. I feel inadequate naked; cold and curled-in – it’s always the self contained cubicle in the gym’s changing room. If I lack the denial, I’m envious of Katrin’s open-doored sensuality.

“No, course not”, I yawn, averting my gaze to the dome of her knees. Then I blurt out something I hadn’t mentioned during our early morning banter – needed the time to unpack my thoughts.

“I kind of kissed someone last night.”

“Tongues or no tongues?”

“Bad news. You defo kissed him.”

I got talking to this average looking mate of the promoter’s an hour or so before my set. We had music in common and a bottle of Moet. And that was that. We found a dark alcove in the house room and talked labels and drum machines and techno. I was hanging loose on fizz, forgetting the wolfish band of his mono-brow, and then lost my cool when his face closed into mine. I accepted his parted mouth as I bubbled away about bass and percussion on a Jeff Mills EP – the hard press of his lips soon shutting me up.  The only other person I’ve kissed – with tongues – in the last seven years is Ben. I’d expected a rush of bad feeling. But it didn’t happen. So far there’s no flood of sticky guilt, no reproachful waves of ‘selfish arse’, ‘reckless cow’, ‘tit features’. Instead I feel detached, indifferent by a kiss from a hairy muso.

“It was a one sided snog – his tongue not mine.”

“That babe was a bona fide kiss. Anyway, I saw you chewing his face off,” Katrin’s laughing, her blue eyes partying with mischief.

“No I wasn’t.” She’s hooking me – but then I realise, “you saw? I thought you were chatting up some random at the main bar?”

“I was just coming to find you.  See if you wanted another drink.”

“But we were so hidden from the floor.” There were strobe flashes or were they camera flashes, I just couldn’t tell with my lids shut. But it was just me, him and a pile of jackets shoved against a wall in a corner.

“Yeah I gathered that – took me long enough till I clapped eyes on you.”

“Why didn’t you mention it back here last night?”

“Cause I was waiting for you to say something – didn’t feel right outing you – besides it was so dark, guessed you didn’t want finding.”

I’m a little uneasy – shouldn’t be feeling this way – she’s a friend. It doesn’t matter if she saw but I can’t shake the anxiety away.

“This just between us right? You won’t tell Ben? He really doesn’t need to know.”

“I’m offended – course I won’t babe. You know me,” actually, I’ve only known Katrin four intense months. “Anyway, stuff happens,” she breezes in her south of the M25 sing-song. “Don’t sweat it.”

Be Kind. Be Constructive. 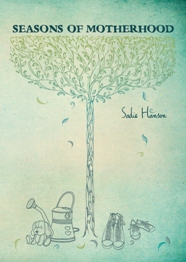